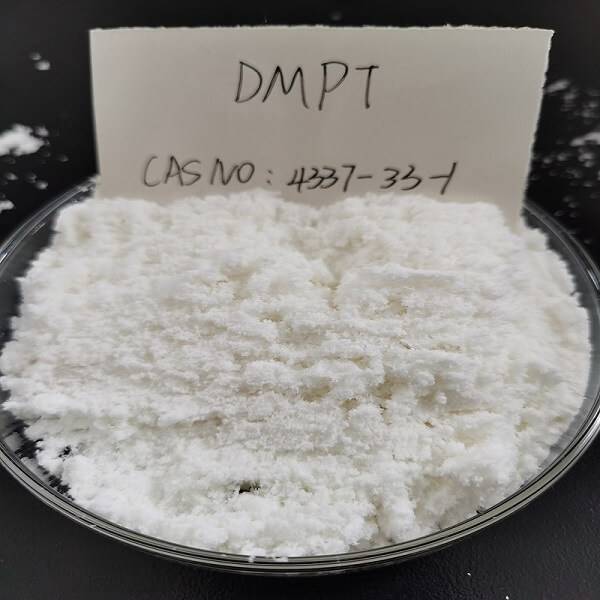 Name: Dimethylpropiothetin（DMPT）
Assay: ≥ 98.0%
Appearance: White powder, easy deliquescence, soluble in water, insoluble in organic solvent
Mechanism of action: Attractant mechanism, molting and growth-promoting mechanism same as DMT.
Function characteristic:
1.DMPT is a natural S-containing compound (thio betaine), and it is the fourth generation attractant feed additives for aquatic animals.
The attractant effect of DMPT is around 1.25 times better than choline chloride, 2.56 times than betaine, 1.42 times methyl-methionine and 1.56 times better than glutamine. Amino acid gultamine is the best kind of attractant, but the effect of DMPT is better than Amino acid glutamine; Squid internal organs, earthworms extract can work as an attractant, due to a variety of amino acids content; Scallops can be an attractant also, its flavor is derived from DMPT; Studies have shown that the effect of DMPT is the best.
2.DMPT’s growth-promoting effect is 2.5 times to the semi-natural food.
3.DMPT also improves meat quality of fed animals, seafood flavor of the freshwater species, thereby enhancing the economic value of freshwater species.
4.DMPT is also a shelling hormone substance. For crabs and other aquatic animals, shelling rate is significantly accelerated. 5.DMT provides more space for some inexpensive protein source.
Usage and Dosage: This product can be added to premix or concentrates, etc. As feed intake, the range is not limited to fish feed, including bait. This product can be added directly or indirectly, as long as the attractant and feed can be mixed well.
Dimethyl propiothetin (DMPT) is an algae metabolite. It is a natural sulfur-containing compound (thio betaine) and is considered the strongest attractor available. In several lab- and field tests DMPT comes out as the best feed inducing stimulant ever tested.
DMPT not only improves feed intake, but also acts as a water soluble hormone-like substance. DMPT also enhances the ability to cope with stress associated with catch / transportation of fish and other aquatic animals.
DMPT  is an Algae metabolite that is used as a feed attractant in fish and shrimp feeds.

Recommended inclusion level is 0.5g to 2g per Kg of base mix. Can be used up to 2g per Litre of liquid in bait soaks/dips. With this ultra-strong additive, less is more. If used too much the bait WILL NOT be taken.

Dimethyl propiothetin (DMPT) is an algae metabolite. It is a natural sulfur-containing compound (thio betaine) and is considered as the best feed lure, for both fresh water and sea water aquatic animals. In several lab- and field tests DMPT comes out as the best feed inducing stimulant ever tested. DMPT not only improves feed intake, but also acts as a water soluble hormone-like substance.
Package: 25kg/Bag or 1kg /bag Storage: Sealed, stored in a cool, ventilated, dry place, avoid moisture. Shelf life: 12 Months
Write your message here and send it to us